skip to main | skip to sidebar

I love decorating for Christmas! Josh and I put up our outside lights late this morning into the early afternoon. We only had enough lights to outline the outer edge of the roof, not the peaks, but we plan on purchasing the extra strands that we will need after Christmas to do the peaks next year. This isn't the best picture, but it's all I've got. 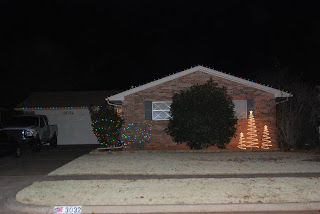 Then tonight before watching the bedlam game (OU vs OSU), we did the indoor decorations here's some of those pictures. 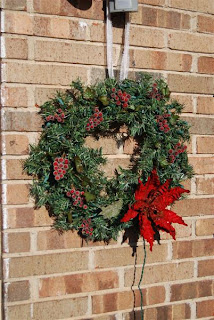 Well this one's actually outdoor, but I wanted to include it because I revamped my weath this year since Josh and Jennie both thought it was a little lack luster last year. What do you think? Does it need more? 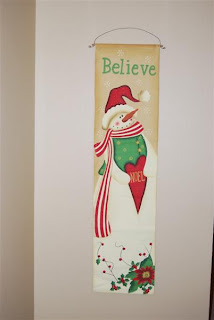 This is part of the Christmas gift that I received from my cousin Cassie last year at Mom's Family Christmas. 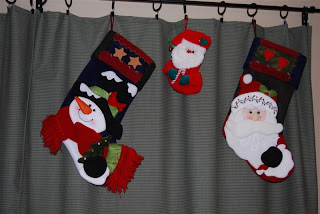 Instead of hanging our stockings by the chimney with care, we hung them by the window because we don't have a chimney. 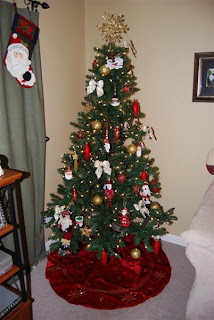 And after finishing the indoor decorations I made a pot of Mom's chili recipe, and we had that for dinner while watching the game. 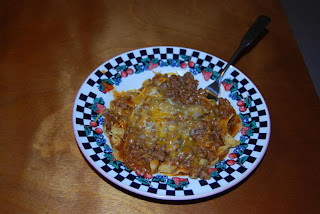 Finally, just wanted to share the good news with everyone. I received a notice in the mail yesterday that I passed the first CPA test that I took. : ) Which is exciting!
Posted by The Gills at 6:24 PM 4 comments: