skip to main | skip to sidebar

Josh and I went to New York a week before Christmas for a get away. Our hotel was 3 blocks south of Central Park and a few blocks from Times Square, right in the heart of all the action! We did all of the major sight seeing things including those that are special to the Christmas season. The few things that we didn't do include: going to the top of the Empire State Building, taking the ferry to see the Statue of Liberty, and going for a ride in a horse drawn carriage. Here are a few pictures from our trip in no particular order: 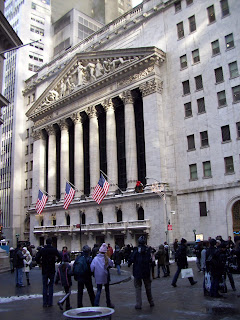 This is the US Stock Exchange building. 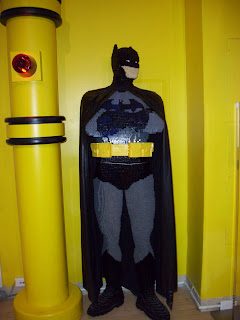 A lego Batman at FAO Schwartz 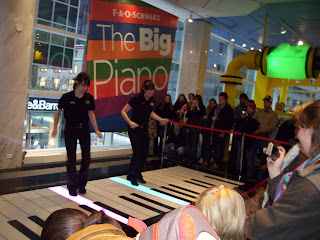 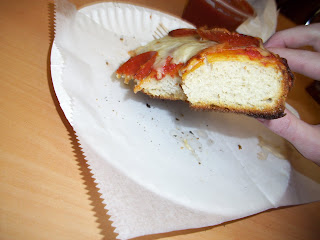 New York style Pizza. I obviously forgot to take the picture before I started eating it. Oops! 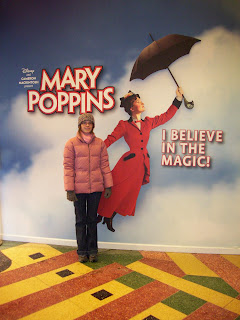 Josh and I waited in the freezing cold for an hour and twenty minutes to buy half price tickets to the Broadway Show "Mary Poppins," which is one of my childhood favorites! We had really good seats in the orchestra section. 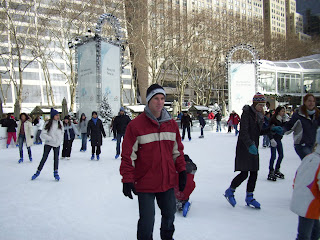 Ice skating in Bryant Park...it was bigger than the rink at Rockafeller Center. 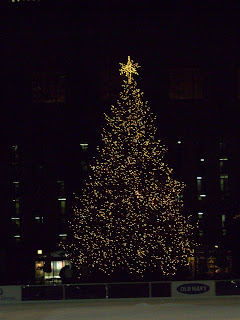 The Christmas tree at Bryant Park. 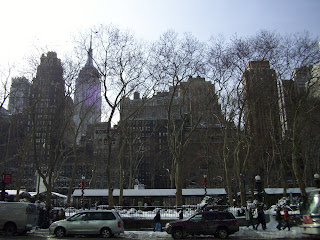 A nice picture of the New York sky line. 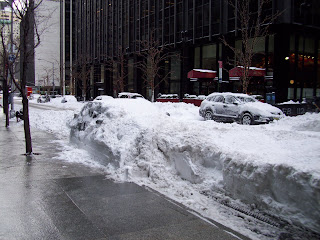 It snowed while we were there. If you look closely, there's a car burried to the left of the big snow pile. 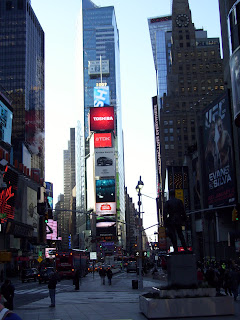 A picture of Times Square. 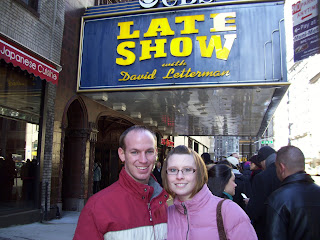 Josh won us tickets to the David Letterman show by correctly answering what color the announcer's hair is. 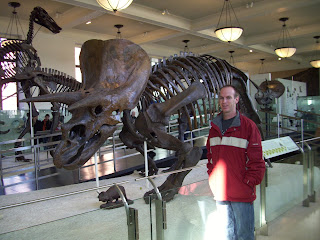 A picture of Josh and the Triceratops at the Museum of Natural History. 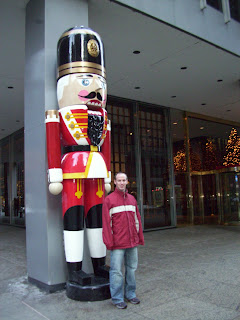 You won't believe the amount of Christmas decorations that businesses, not just retailers put out during this time of year. This is just one picture of the many different holdiay displays that I photographed. 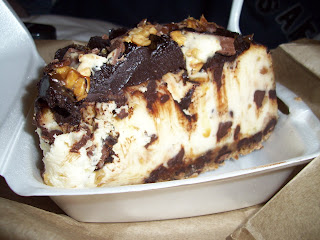 And finally, you definitely cannot go to New York without having a piece of New York style cheesecake!
Posted by The Gills at 3:33 PM

awesome! can i have your itinerary? maybe i can talk ryan into taking me next year. have to buy my saturday night live tix now!

Thanks for sharing those great pics. Have to say it was like almost being there too. Oh, and I am totally salivating over the cheesecake. Please tell me you two shared that piece!

Neat pics. I'm very envious I have always wanted to see NYC during the holiday season, but never wanted to weather the cold weather, ha! But your pics have and details have made me think it would be worth it. Score for Josh on winning tickets, that's awesome, I have never known anyone to do that before.

What Fun!! Now I want to go!! Did you go stand outside of the Today Show, that is on my bucket list for sure!!

That looked like so much fun! Rob and I need a getaway like that! Although I really want to take my kids places like that too!

Wonderful pictures. Thanks for sharing it is almost as good as being there! Except I didn't have to deal with the cold and snow, but it sure looks pretty. Sounds like you two had a great time.